First, I am going to give a disclaimer, this is not a post about gluten-freeness. But this is about something I have spoken about before and something that is very difficult and painful for me, and dammit, this is my blog, so I will write about it, and maybe it will be cathartic. Pregnancy and non-pregnancy.
I have written before about how we have one wonderful, amazing, superstar daughter, Z, and she is the light of my life. I could not have ever expected how much you could love someone so unconditionally until I had her. It is hard to imagine I managed to live 32 years without her, before she came into our lives. I also wrote about how I had very serious complications in her pregnancy with severe pre-eclapmsia and HELLP syndrome. Well my little baby Z is now two months shy of 7, and for almost 7 years I have suffered PTSD of that experience. 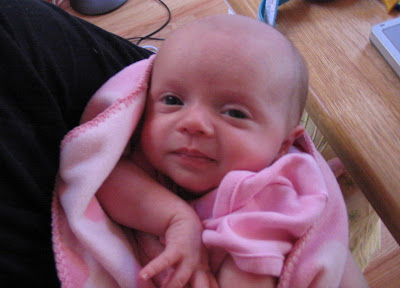 And in those 7 years, I have enjoyed my time, more than words can say, with my little Z, but because of the PTSD, we only have our one daughter. Whenever I feel closer and closer to being able to give into that fear and just go for it, I get gripped with the horror of feeling claustrophobic and of going through the same experience I had last time, or even worse, of Z loosing her mom, just because I tried to expand our family and give her a sibling. It is a feeling of panic that is difficult to explain. When most people feel joy at the thought of pregnancy, I feel like it is an illness. I see pregnancy as a life-threatening 9-month illness, and my mind can't get away from that.

I have been to a specialist for high risk pregnancies in Chicago, and here in Atlanta, and both times they basically said the same thing. There is a risk it will happen again, about 30%, and a risk I could be on hospital bed-rest with a premature baby. At the same time they also said if I want another I should go for it. Then I ask them what they would say if I was their wife, or their daughter and they said the same thing. The last specialist to tell me that was exactly a year ago.

Well, now I am 39. Six months away from big 4-0. Looming over my head life a freaking black cloud. I used to joke with M that when I was 37 the "shop" would be closed for business, and then it was 38, and now...40? I am so terrified at the thought of being pregnant, yet, I don't want it to be over. I have saved every bit of Z's clothing, and all her toys. I want to use it again. I love the newborn stage and crave to do it again. I want to watch a child of mine grow from a helpless baby to someone with real thoughts and opinions. Why do I have to be so damn scared? Why can I not let go? Why can I not flip a switch? I know so many people who tell me, they know someone, who knows someone who had pre-eclampsia with one and then went on to have a perfectly normal pregnancy. Well, lucky for them!

So, today lucky me, I have my annual girlie check-up. Not one of my highlights for the year. The thought of going to the girlie Dr. brings back terrible memories of my pre-eclampsia/HELLP ordeal, and I will spend all morning in a panic. And of course I walk in the office this morning and the waiting room is full of pregnant women..all except me. Since I am pretty new to Atlanta, this is only my second time to this practice, and last time I felt like the doctor was a little cold, so I decided to try a different one this time around. Maybe not the best decision.

This doctor did her routine check-up, and then I mentioned how I am still not sure I am done, and I still really want another, and then she looks at me like I have two heads and says she would not recommend I get pregnant again. That because of my age and my history, it would not be wise. That I would have a high risk of not only a repeat of the pre-eclampsia and HELLP, but also of having a baby with chromosomal abnormalities and my own possible issues with infertility. And then she says this winning gem: "You should have done this five years ago." The tears started forming as the sentence came out of her mouth. How could she say this to someone? Instead, she gave me the card of a therapist to talk to about the PTSD, and my appointment was done. It was the mental equivalent of a one-night stand.

Wow. Yeah five years ago. I should have. But I didn't, and I can't change that now!!! If I got pregnant 5 years ago, I probably would have had to of been taken away in a stretcher because of major anxiety. What can I even say to this? I have made mistakes, but I can't go back in time.

I also have to think, this doctor who I saw today, while she might be the head of the practice, she is not a high-risk doctor, and she has not seen my detailed records as the specialists have. But at the same time, I am going to be 40, and that number can't be disguised. I can't get rid of it, it is standing there like a huge tollbooth that I must pass to cross the bridge into the next phase of my life, and leaving my child-bearing, fertile, young years behind. The specialists may have had more optimism, but I was also a year younger, and I know there is fact to back up with what today's doctor said so eloquently to me, but did she have to be so callous? And there is a good chance that, on my own, I would choose not to have another, because I know I cannot handle the pregnancy part of it. Which is such a shame, because what is nine months compared to a lifetime of having family. But then I guess nine months is a pretty big deal when I risk my life for it. But I just didn't want the decision to be made for me. I wanted to have that little sliver of hope left that just maybe.

It just hurts so damn much to see siblings interact and play with each other, and know that my little girl will never have that experience. She won't have a sibling to love, and I won't have another baby to raise. When my friends get pregnant with their 2nd, 3rd even 5th child I am happy, I really am, but there is a part of me that feels so sad and evious too. Ok, maybe I don't want a 4th, but I would just love a 2nd. I want that experience of having a slightly bigger family.

At the same time, I know how extremely lucky I am to have my one. And I know a lot of women who suffered from pre-eclampsia and HELLP were not so lucky. Many of them have had to leave the hospitals without a baby in their arms, and in some cases their husbands have left without their wives and babies. Z and I really are one of the lucky ones, and I am forever grateful. So why does it seem so unfair when women can have easy-breezy home births, they can have multiple children and be happy and carefree the entire time without a thought of complications. Sometimes I really wish I was one of them. Someone who when I saw that positive pregnancy test would be ecstatic, and that feeling would continue for 9 months. Why does it hurt so much?

People will ask me why we don't adopt, or have a surrogate. And the answer is simple. Money. I would absolutely adopt in a second if I could. It doesn't seem fair does it, with so many children around the world without parents because of war or famine, even in our own country. Yet to give one of these children a loving home we have to have the money to get through the bureaucracy of if to make it happen. Though if I was willing to get pregnant, we would be able to have one for free...well, it would not be free after it was born, but you get my drift.

So, basically today just sucked. I was happy to have an uneventful appointment, but I left there feeling empty, confused and hurt. I still feel like I am 20, how did I get to be almost 40? I am not ready to leave this phase of life, the "childbearing" years behind. Time goes by too damn quickly.

As said on Parenthood this week, 40s are not the new 30s when it comes to your ovaries.

I hope someday there is a cure for pre-eclampsia and HELLP, so others don't have to go through the same experience.

I think the words: "You should have done this five years ago," will haunt me for way too long.

Posted by gluten-free musings at 8:51 PM